Taste is an incredibly subjective thing. What you may find tasty may taste horrible to another person. With that being said, there are some key differences between prime rib and ribeye. But what tastes better – Prime Rib or Ribeye?

If you would rather have a traditional kind of steak, you should certainly opt for ribeye instead. This is because a prime rib is essentially a big roasting joint.

Both of these cuts of meat possess a strong, delicious taste, but a ribeye steak is more mild in terms of flavor. The texture can also differ too.

Both of them taste fantastic, but you’re better off getting a ribeye steak for a traditional steak. Prime rib needs to be cooked longer and has a much stronger flavor. You can try to reverse sear ribeye for perfect results.

Which is better – prime rib or tenderloin?

Both cuts of beef are equally as tasty. In general though, a tenderloin has a lot less fat and it’s much more tender.

It’s a delicious cut and it can feed large groups much more easily. It’s also very simple to carve, and it can be cooked with a bunch of different rubs to really bring out the flavor.

On the other hand, you are going to be spending a lot less money if you buy a prime rib. In addition to that, you will get a much stronger beef flavor, which makes it perfect for things like a christmas roast!

The presentation will also be much nicer usually, and it’s easier to cook too. Pretty much anyone can cook a delicious prime rib.

Regardless of what you choose, you can get a delicious A5 Wagyu tenderloin or prime rib from websites such as Crowd Cow.

How much prime rib do I need for 6 adults?

It can sometimes be rather difficult to know how much meat you should buy when you are cooking for a large group. Prime rib is pretty big too, which can make it even more difficult to gauge how much you are going to need.

There are some general guidelines that you can follow, however. It’s best to count two people for each rib. This means a three rib roast should feed six. As such, if you wanted to feed an extra two people on top of this then you would need a four rib roast.

You will usually find that a two rib roast weighs roughly 4 pounds.

If you are still having trouble figuring out how much meat you are going to need, it’s certainly in your best interest to ask the butcher for their advice.

Is prime rib the same as ribeye?

A prime rib cut can have a lot in common with ribeye, but there are also some vital differences between Prime Rib or Ribeye. Both of these types of meat come from the ribs in a carcass of beef.

A prime rib though is essentially a big roasting joint, and it tends to have big parts of the rib bone inside. A ribeye is instead taken from the tender parts of the rib. The cuts tend to look a little different.

The differences are fairly minor between the two when it comes to taste. You will usually get a much stronger taste when you’re eating a prime rib, and this is because of all of the tissue and bones that are present in this cut of meat.

In addition to this, it should come as no surprise that a prime rib will also cost you more money than a ribeye steak if you’re just cooking for one or two people.

What is a prime rib called at the grocery store?

Most people tend to get their meat directly from the grocery store. Of course, sometimes a cut of meat can go by a few different names, which may make it a little trickier for you to find the meat if you haven’t bought it before.

You will usually find that prime rib can go by a few different names. It may be called a rib roast, or a standing rib roast. When you are buying your steak, you should remember these names.

You can find prime rib in the vast majority of grocery stores, but it may also be called beef bone in rib roast in some grocery stores. If you are confused, it’s worth speaking to someone in the store to help you to find the meat that you are looking for.

Why is prime rib so expensive?

It can be rather frustrating sometimes to see the price tag when you are buying prime rib. It can be quite expensive! There are a number of reasons for this, however.

The overall reason as to why prime rib is so expensive is because it is largely considered to be a much better cut of beef. This is partially because the muscle isn’t one that’s used a lot. There’s a lot of fat in the prime rib, and as such it is a lot more juicy.

It tends to have a better texture too.

There are also shortages of prime rib. Not all of the cuts of meat are good enough to be sold, so some farmers won’t sell them. As such, the supplier may have a shortage of the meat.

The thing worth noting is that prime rib is worth the money. It is a delicious cut of meat that’s fantastic if you want a staple for a roast dinner or for Thanksgiving.

It may not be the best choice for a new chef since it can be rather challenging to cook it, but for experienced chefs, there is nothing quite like prime rib. That’s why it’s so expensive! If you look in the right places though, you can get prime rib for a much more affordable price. 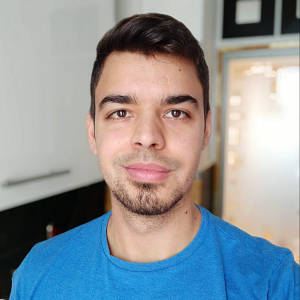 What is Wagyu? – Your Ultimate Guide to the best beef ever